A black astronaut kidnapped Bomberman's beloved and brought her to his chambers in a castle far beyond its borders, over rivers, forests and mountains. Bomberman's job is to save her by fighting a sea of enemies with only bombs at her disposal. The bomber's blast range can be increased over time, but if he dies, the range is reset to the minimum range, and the Bomberman loses his previous skills. Some upgrades can force Bomberman to pass through walls, increase his speed, and give him other assets that will help him in his quest to save the woman he loves. than the other, and each last one consists of a boss to deal with. The Bomberman can move horizontally and vertically and stack bombs behind him, thus vaporizing enemies, but be careful: the Bomberman can block himself with his own bomb and thus become a victim of his own bomb. 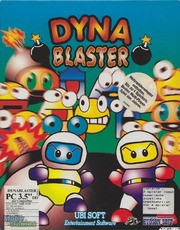